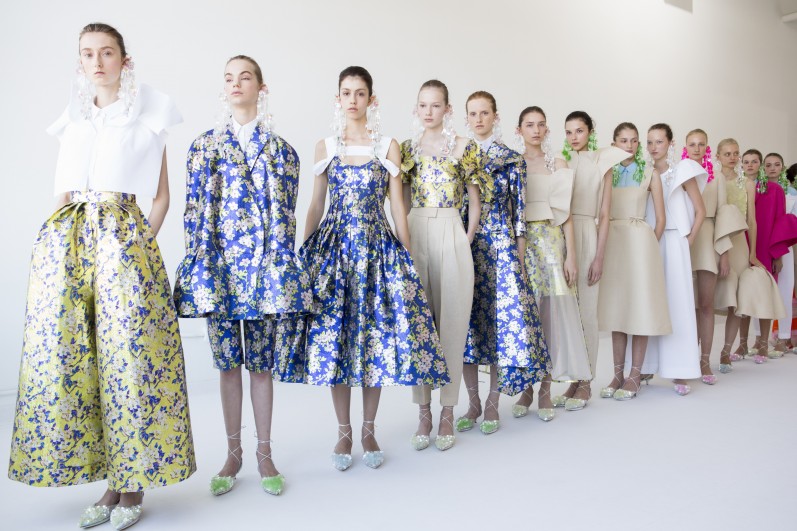 As New York Fashion Week closes for the season, the latest trends are defined and new collections unveiled. EyeFitU reports.

During 8th – 14th September, exposed shoulders proved to be popular for SS17. Shoulder Play was spotted at Jason Wu and Alexander Wang amongst others; prevalent for a couple of seasons now, skin exposure is still being celebrated. Following from the retail success of the cold-shoulder top this summer (which was championed as the ideal transitional top with fits ranging from loose, bohemian shapes to second-skin ballet styles), exposed shoulders are taking over from strictly off-the-shoulder looks. 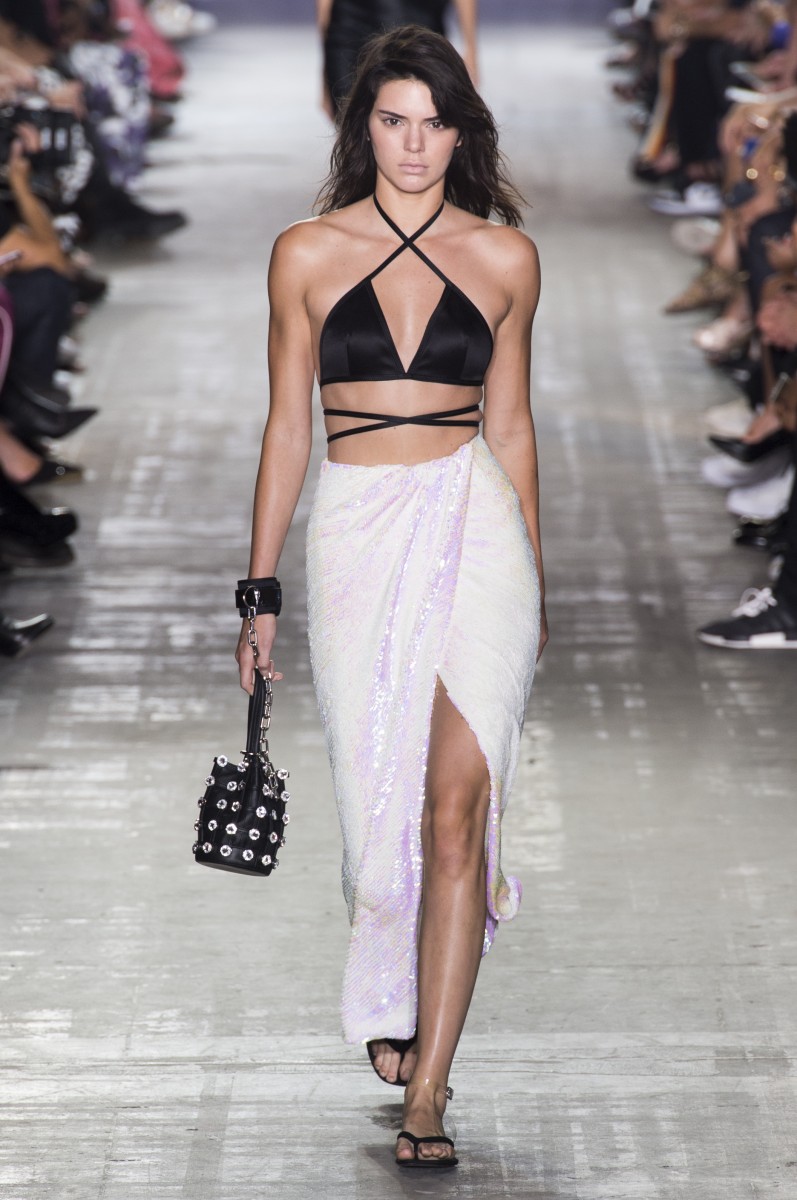 Dominating the NYFW catwalks, bra tops offer flirtatious appeal at Alexander Wang, Victoria Beckham and Altuzarra. Multi straps were used for a sporty youthful vibe, whilst feminine flounces were also a hit. From bandeaus to bralettes, the designs cut in lace or silk satin were seen under silk shirts or masculine cut jackets, lending a provocative appeal to silhouettes.

Designers were feeling patriotic with a strong comeback of American streetwear throughout the shows, with clear instinct to boost the collective American spirit. The casual cool trend isn’t going anywhere, highlighted by labels such as Lyz Olko (the woman behind Obesity & Speed, which was a hip streetwear line popular in downtown NYC during the mid-to-late 00s). Her presentation with live performance displayed recognisable ‘I heart’ motif tees.

For shoe lovers, flats were certainly being championed across many runway shows. However, on the other side of the spectrum, statement platforms turned heads. The extreme high-heel shock factor was seen from Yeezy to Marc Jacobs, the latter providing a grand finale extravaganza. Fantastical and theatrical, the social media pleasing platforms were part raver, part Harajuku girl in a rainbow of hot pop colours. 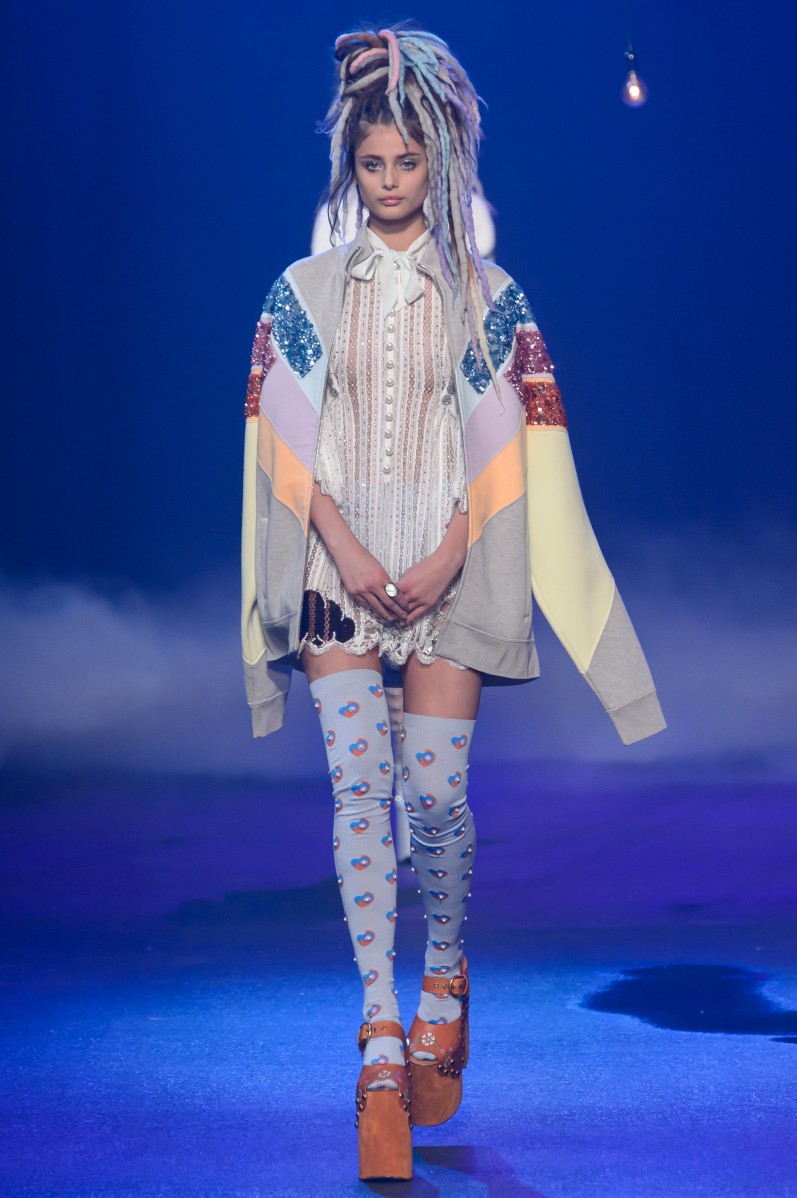 Interestingly, more and more designers are ditching the traditional catwalk setting for the sidewalks. Proving sidewalk is the new catwalk, Yeezy Season 4 kicked things off transporting the show from the traditional venues to a park on Roosevelt Island. Perhaps Kanye was expected to be unusual, yet the likes of Rachel Comey (showing outside in Manhattan), Eckhaus Latta (presenting in Lower East Side) and Rebecca Minkoff (presenting in Soho) also followed suit.

NYFW SS17 show highlights included Michael Kors, where the dresses radiated good times and old Hollywood and film noir closed the show. A parade of happy clothes included dresses in peach, raspberry and turquoise floral prints, shimmering with sequins and shimmying with ruffles. Clotted with daisies, shirt-dresses, coat-dresses and playsuits were also presented. Film noir styles followed with monochrome looks flaring at the hem and buttoning down the thigh. 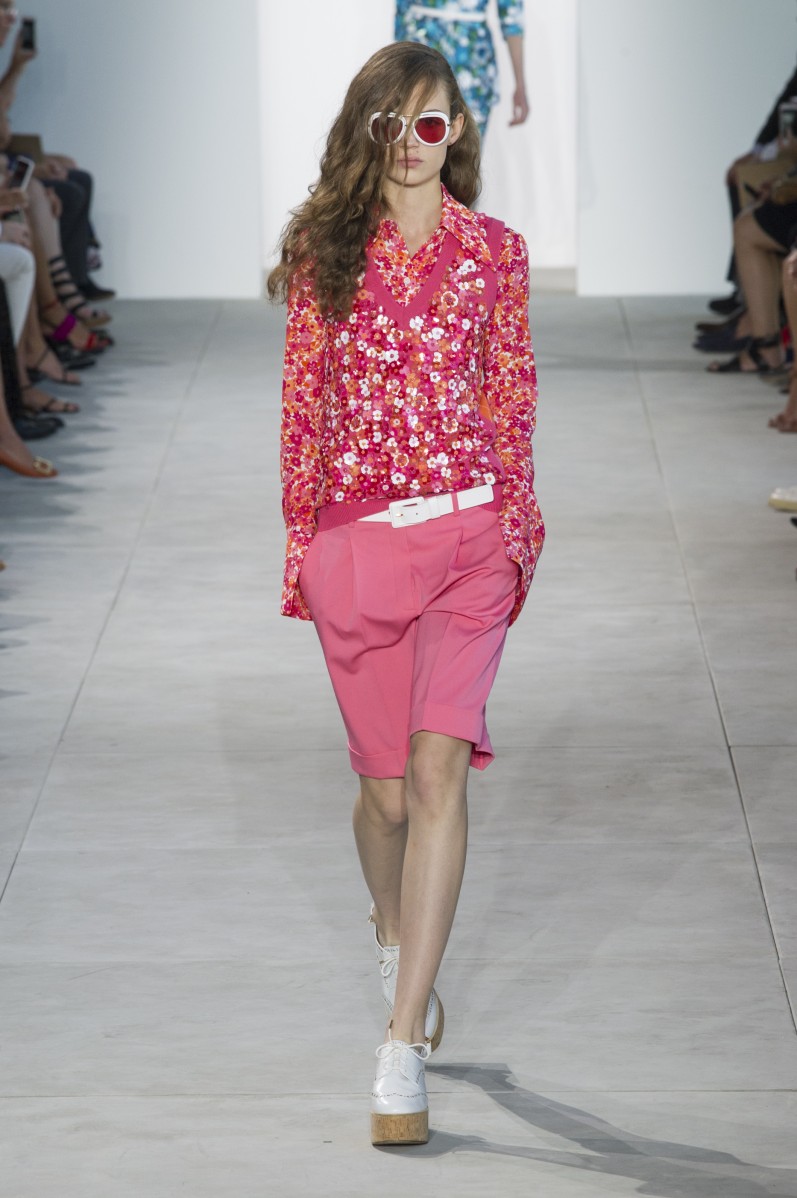 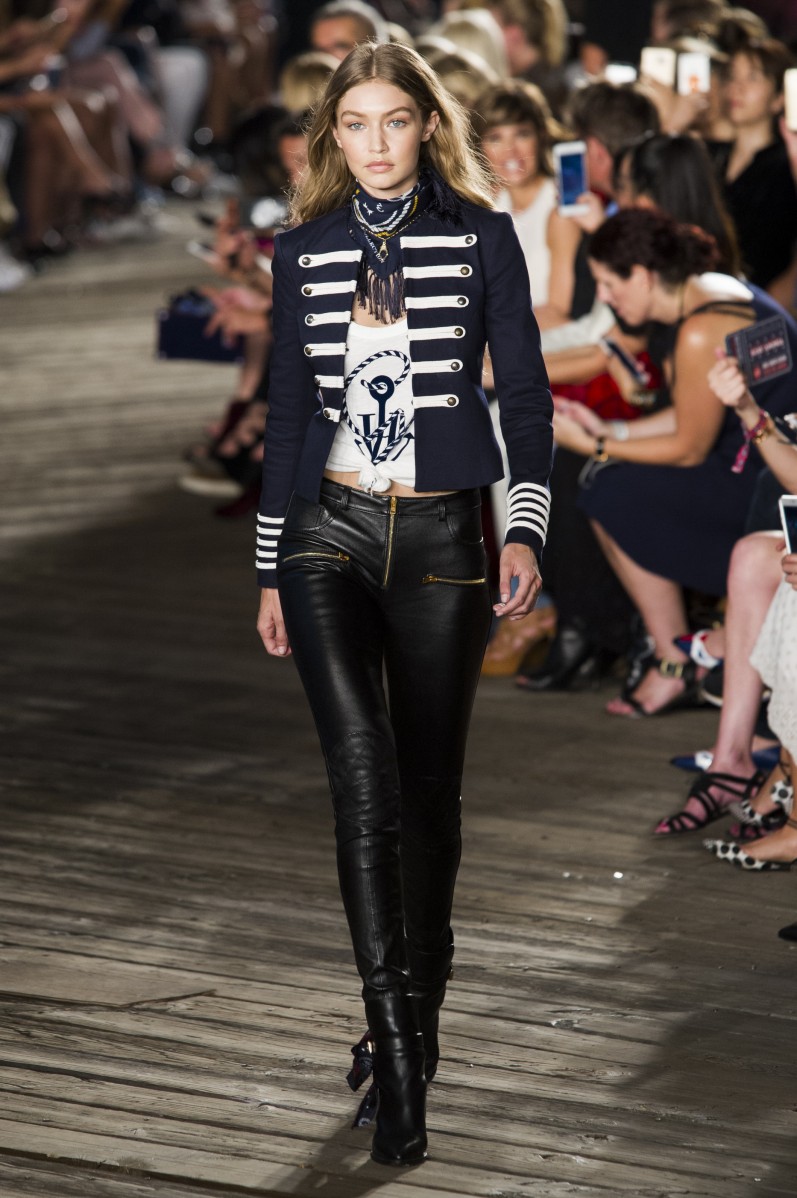 Competing for standout in an oversaturated market, fashion designers are pushing the boundaries from catwalk to cutting edge computing. For instance, digital-forward Tom Ford live streamed the show on his website and the E! TV channel, combining both his womenswear and men’s collections into an immediately shoppable AW16 collection (rather than presenting SS17).

Brands including Marc Jacobs, Burberry, Prada, Hermés and again Tom Ford, used the Google search engine to direct connection to their collections. Buyable content will appear above generated search results, whilst users searching phrases related to NYFW will be treated to high-quality pictures and videos straight from the shows.

What’s more, social media is continually explored to up the ante during show season. Misha Nonoo (who previously used Instagram as a shoppable lookbook), this time launched a ‘live lookbook’ on Snapchat combining stills and videos with her ‘day to play’ ethos. She explained how the social platform injects creative, experimental energy into how she can share her collection.

London, you’re up next!