Out and About with EyeFitU 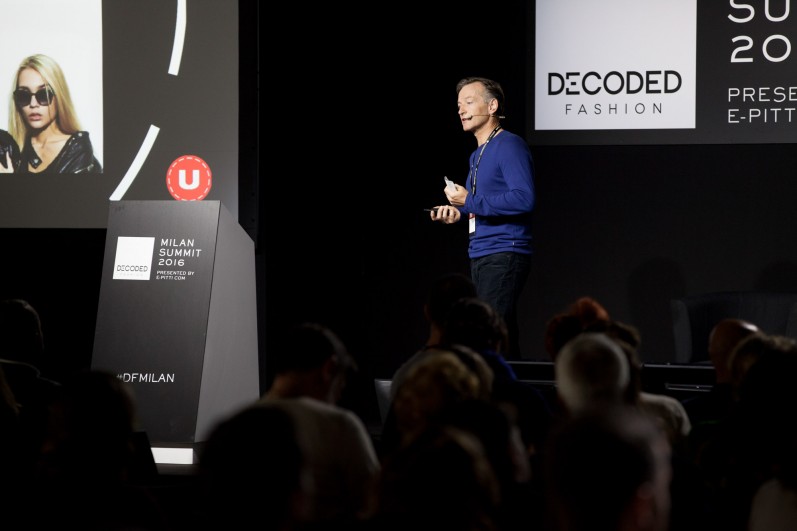 As ever, it’s a busy time event hopping at EyeFitU. Look out for us at the top fashion and tech conferences in New York City, Milan, Lisbon and London over the next few weeks…

Our app now has 55 of the largest global online stores on board and we recommend sizing in over 300 of the largest, trendiest brands. We’re attracting attention in the fashtech world and the invitations are flooding in.

First up, we were invited to the DLD Salon in New York (which took place on 31st October). The DLD networking event connects digital natives, enablers and creators from Israel and Europe to those in the US. EyeFitU were a part of the event that explores the infinite opportunities of the digital world, whilst learning about the important trends headed our way. You know we’re not ones to miss a hot trend as it lands!

After that, we were straight off to Decoded Fashion where we had been selected to pitch at The FROW. Decoded Fashion’s New York Summit took place across 1st and 2nd November. We were proud to attend alongside ecommerce outlets such as Farfetch and Lyst, and fashion brands from Topman to Ted Baker. Beauty brands from Birchbox to MAC also attended, as well as the likes of Dior, Levi’s and Marie Claire magazine. On the sports side, Nike and Adidas were in attendance as well as tech representatives from Google and Facebook. Here we met fashion designer Christian Siriano, dubbed “the new king of old-school glamour” by Elle magazine. The packed schedule covered meaningful customer engagement and the dark forces of social media. Watch this space for more of his stunning creations. We were delighted to partner with Decoded Fashion and look forward to next year’s event already.

Moving on to Portugal, we were part of the largest web event in Europe at Lisbon’s Web Summit.  Before the main event, we attended Surf Summit, which allows tech CEOs, founders and investors to network. Two days of outdoor activities were organised (based in Ericeira that has a reputation for producing some of Europe’s glassiest waves) alongside intimate networking events.

The @websummit is kicking off with #surfsummit in #Ericeira. @eyefituofficial team is happy to have had a chance to meet surf legends at the world’s greatest #tech event 🌊🏄👍🏻 Hello #WebSummit! #eyefitu #youshopwesize #websummit16 #lisbon #websummitlisbon #websummit2016 #startups #startuplife #technology #fashion

EyeFitU starred on Web Summit’s Featured Startups list – go us! We were selected for the START category (for the high fliers), which counts for only 15% of exhibiting startups.  The event introduced 50,000 attendees, comprising of 7,000 CEOs from 15,000 different companies in 165 countries. Phew. Big players included Apple, Coca Cola, L’Oréal, Facebook, Farfetch, IBM and Nike to name just a few, but the emerging startups attending and networking were just as impressive.

On 10th November, we were in the UK for NOAH London, where we were also selected to pitch. Internet executives and corporate and financial Internet investors joined to connect and do business. The event’s target audience spans from investors, entrepreneurs, corporate executives, networkers and industry journalists so EyeFitU were sure to join the talent. NOAH is now in its 8th year and whilst the London event focuses on connecting capital with great companies, plus helping service providers find relevant customers, the Berlin event (held next summer) will present a discussion platform for CEOs across a number of key industry verticals.

Decoded Fashion in Milan followed on 15th and 16th November. EyeFitU were chosen as an innovative startup and asked to do a spotlight presentation during the conference. Decoded Fashion chooses a few startups each year that they feel have huge potential to impact the industry. These make up their “Startups Stories” so we’re very proud to have been included in the shortlist.

The event brought together names from Gucci, Adidas and Philipp Plein to Instagram, Yoox and FarFetch. We enjoyed talks by speakers Sara Marino (Senior Editor of Vogue Italia), Andrea Lorini (CEO of the Chiara Ferragni Collection and Chiara Ferragni’s website) and Michael Kliger (President at Mytheresa.com).

Wish us luck as we have a packed schedule of pitching, presenting and networking ahead of us. And, in the meantime, there’s always time to shop, right?