Fresh from Milan Fashion Week, we rushed to Paris Fashion Week to check out the emerging new trends and admire the latest SS17 collections.

The Stella McCartney SS17 show made anti-leather and fur statements, with a casual daywear collection sent down the runway to reaffirm her values and ethics. We saw clothes that Stella fans will be impatient to wear – silhouettes were loosened, vests and tops were emblazoned with slogans and graphics. Cotton, printed or plain, acted as a pillar for the collection in white, desert beige or deeper tans, khaki and a palette of blues. The mood was overwhelmingly casual (especially in contrast to the Milan Fashion Week showcases); Stella’s SS17 is unarguably for the relaxed daywear market. Her quirky approach to print and graphics certainly couldn’t be ignored. Think incongruous pairings of ice cream cornets or surfers in pink, blue and yellow, with the overriding ‘No Leather No Fur’ statements. 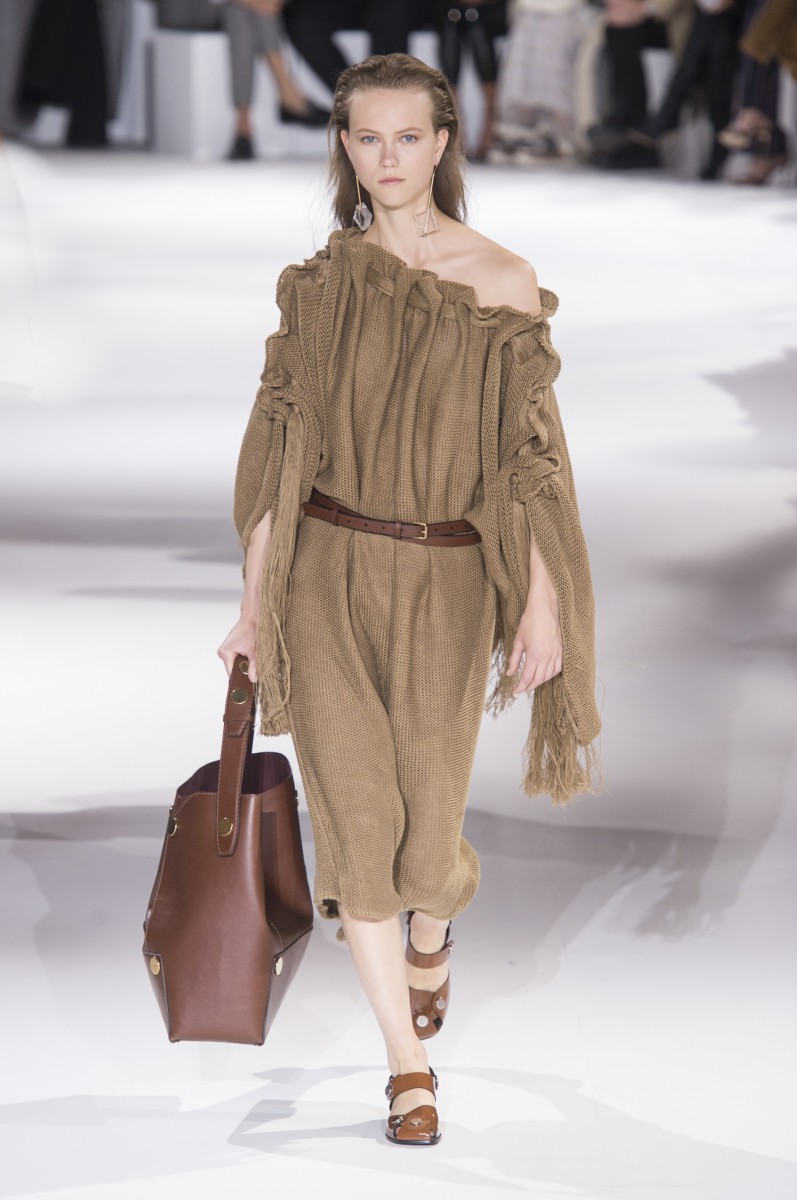 Wowing the crowds, Dries Van Noten sent a strikingly beautiful collection down the runway, impressing with its subtle brilliance. The show differed from previous seasons with models stepping nonchalantly between melting columns of ice with breath-taking Japanese floral arrangements. The blooms influenced the collections’ colour choice of tobacco and olive with chrome yellow, woven against jet black. Three different eras were explored – Victoriana, the 70s and Japonesque styling. The pieces themselves included powerful trouser suits and blouses, fluid sheath dresses and the humble T-shirt, cut in oversized proportions for a new season update. Print and pattern was celebrated throughout where we saw wide stripes, floral bouquets and oversized chrysanthemums make a splash.

One of Paris Fashion Week’s hottest tickets was Anthony Vaccarello’s Yves Saint Laurent debut. Just as most newcomers to the label, Vaccarello’s collection was a tribute to the house’s founder. The SS17 YSL show referenced the label’s 1980s signatures, adding in new favourites. Where Hedi Slimane specialised in rock ‘n’ roll with a grunge edge, Vaccarello went for super sexy. Indeed, the catwalk was awash with black leather, short skirts and skinny silhouettes. Interesting cuts were explored including a slim version of Le Smoking with squared-off shoulders, Yves-style eveningwear, plus draped gold lamé against minis in black leather. Further pushing the sexiness factor, there was plenty of flesh on show; models’ seemingly endless legs were celebrated in tiny skirts, breasts were almost seen under black sheers and once were fully revealed, courtesy of the asymmetric neckline of a leather dress.

Maison Margiela, by John Galliano, presented the most daring looks. The SS17 collection had everything from scuba gear to yoga mats as accessories. Practically made for social media, the collection was hyper activewear-inspired. Paris is known for presenting classic pared back silhouettes, which was not so with this offering. The collection, dubbed ‘Haute Althleisure’, was notably eccentric complete with alien style ears, headsets and visors, along with goat hoof footwear. The show was possibly the most Instagrammed collection to date. Subtly was not the order of the day. Instead, rainbow brights mixed with floral patterns or animal print, beauty looks made a statement with blue or metallic lips, and accessories were thrown on in abundance.

The new trouser suit is in! Evolving for SS17, the masculine trouser suit incorporates new and revised proportions. Designers, from Lanvin to Jacquemus, play with varying lengths of jackets. Think mid-thigh or cropped styles. An accent on shoulders is also exaggerated, drawing focus to the waist with a 1980s sensibility. Full volume is emphasised with trousers worn high and cut in soft cotton drills or silky crepes (as seen at Dries Van Noten and Vionnet respectively). 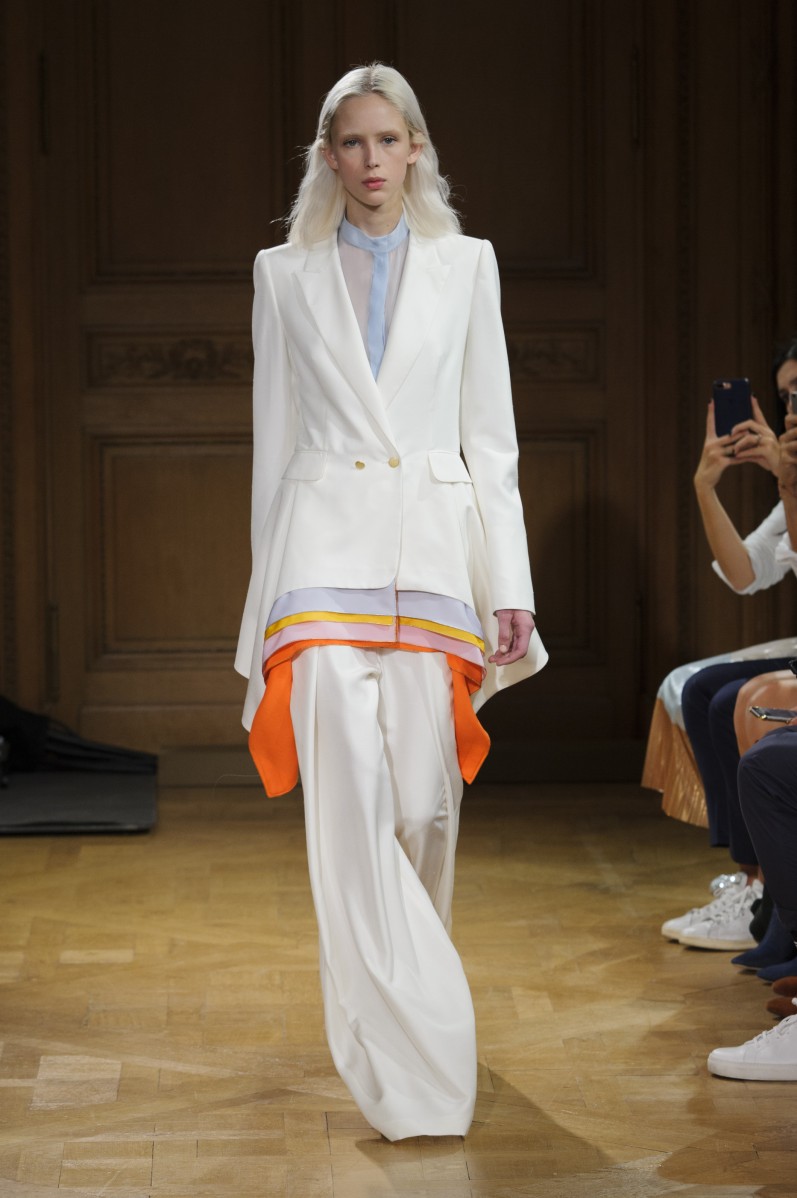 More is more with the emerging oversized bag trend. XXL proportions emerge as an important direction, counterbalancing the ongoing trend for micro bags. Influencers including Loewe, Céline and Lemaire use the power of scale to update clutches, hobos and totes. We also saw the much-talked-about Balenciaga bag (that debuted on the March catwalks) again, which remains a key style for the luxury house. 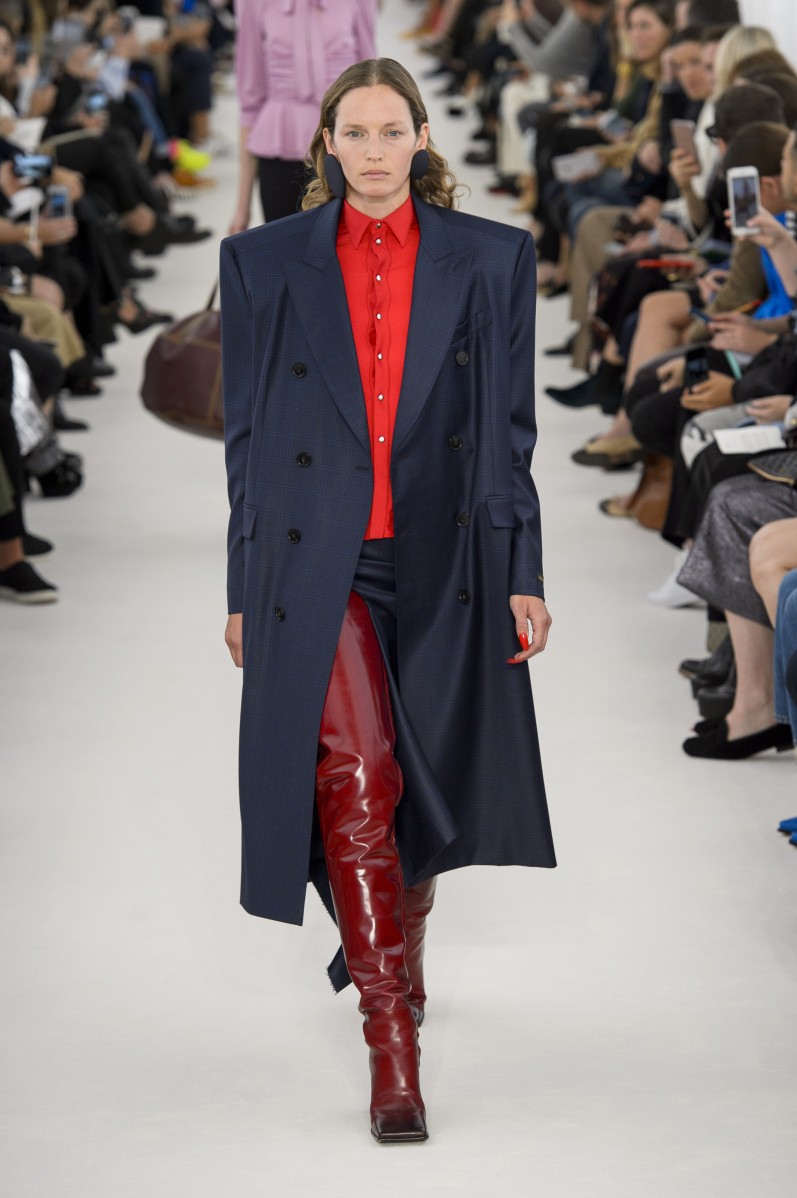 Not to be missed is the lacquered leather trend. The Paris collections from the likes of Balenciaga and Barbara Bui, displayed a tough, modern femininity with patent leather offering a transseasonal approach. Working a directional mood into tailoring and separates or jackets and coats, liquid gloss PU highlights the urban subversive message. Spotted at Lanvin and Dries Van Noten, black and navy tones gave a sumptuous nocturnal glaze. 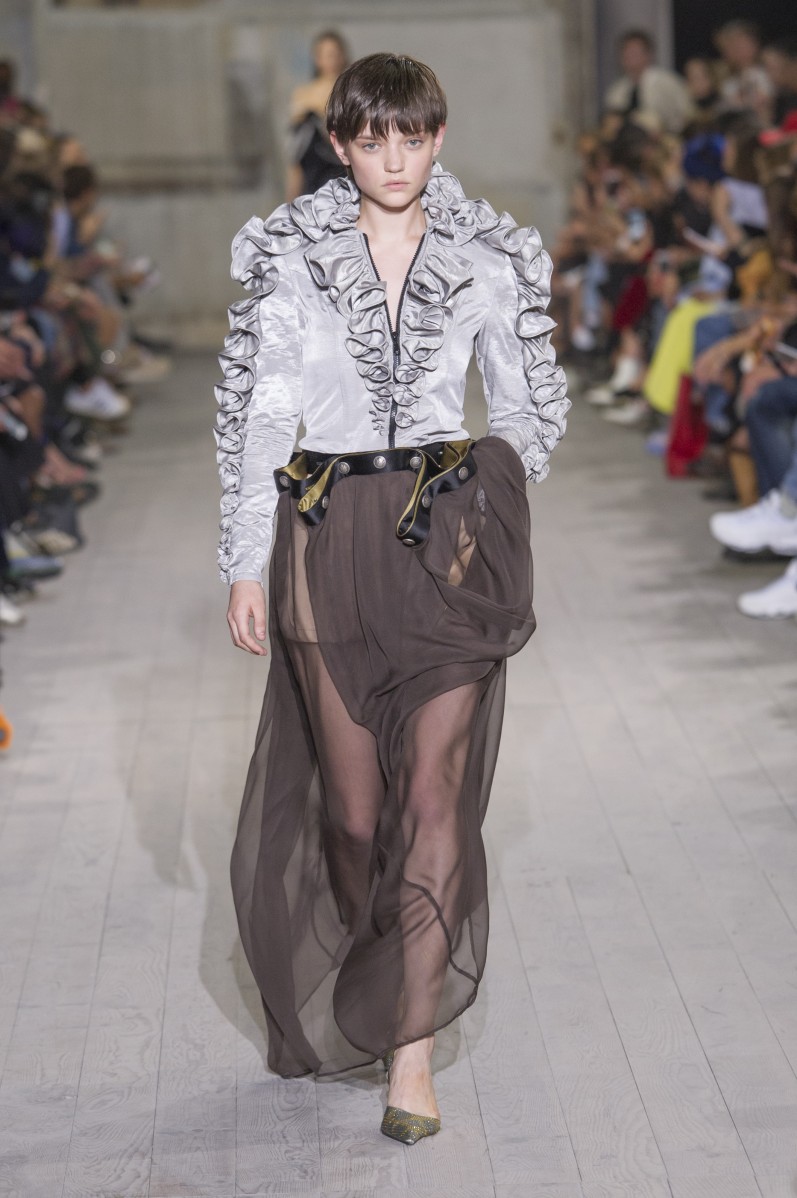 Continuing the tough theme, statement hardware was rife on the catwalk. Both Carven and Isabel Marant championed exposed buttons and zippers; the metal became the new centre of attention on jeans as a handful of designers brought hardware elements to the fore. Y/Project experimented with repeated buttons and raunchy cut-outs, with exposed fly-zippers seen at Off-White (highlighted through contrast tape). The decorative elements and multi-zip placements also nodded towards utility styles.

Fashion Month, you’ve been a blast!