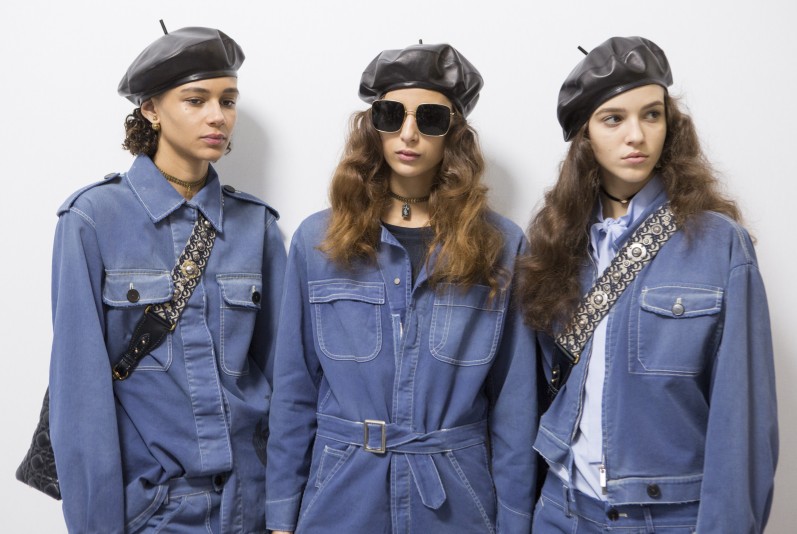 Our fashion week adventure wraps up in Paris. The shows were crammed full of new colour trends, 1940s throwbacks and all the romance you could wish for. Stay tuned for the top 10 key trends for AW17/18. 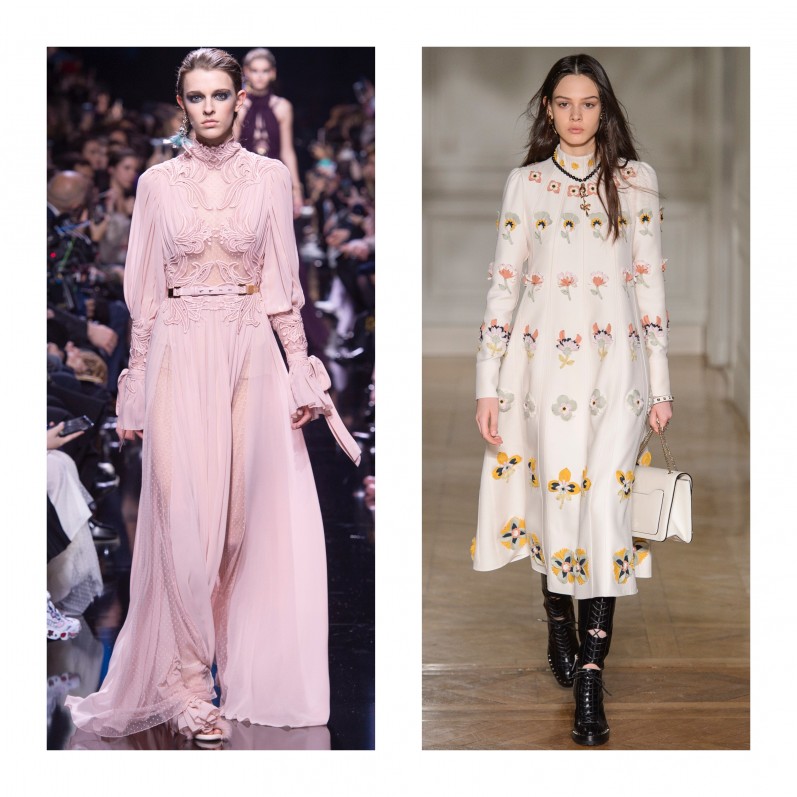 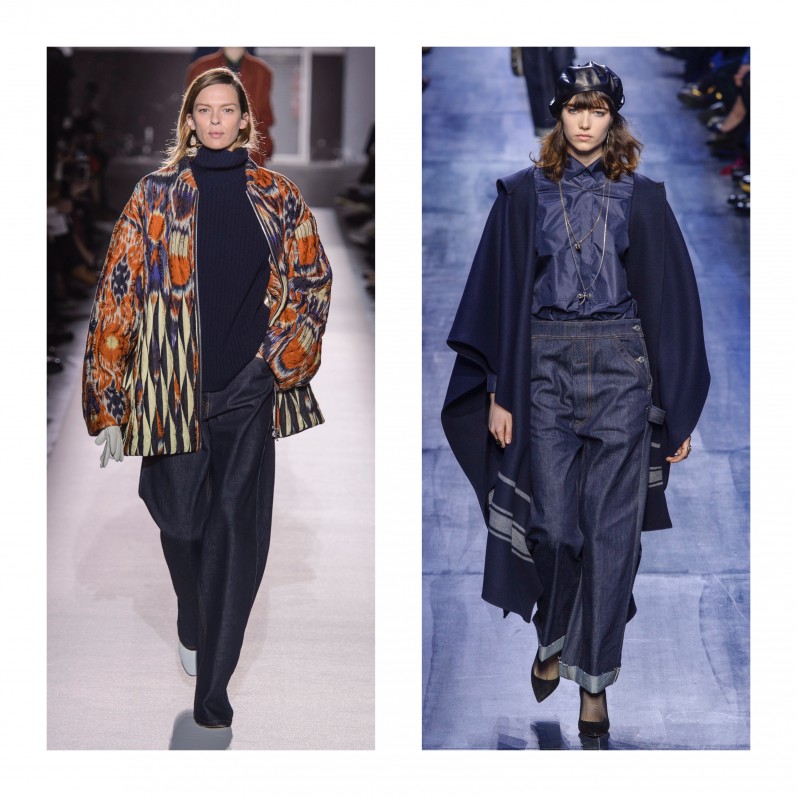 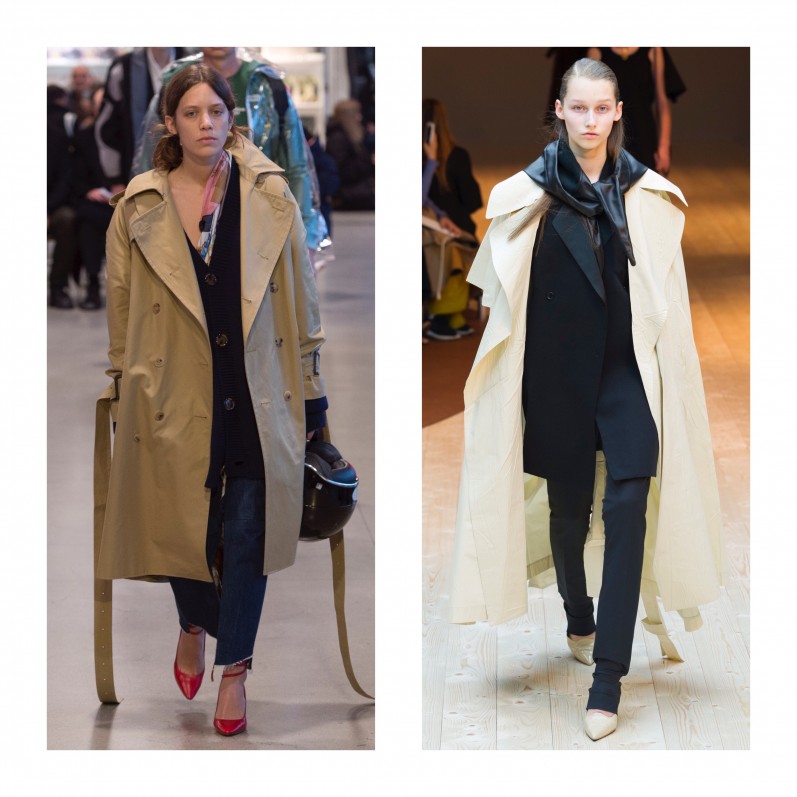 The classic piece has been updated with a contemporary edge – say hello to the Trench 2.0. Cut in generous proportions, the perennial trench coat (showcased at Céline and Vetements) now features widened lapels and oversized patches. We spotted a nod towards a modern utility mood throughout, with fabrics ranging from lightweight wools to compact cottons. 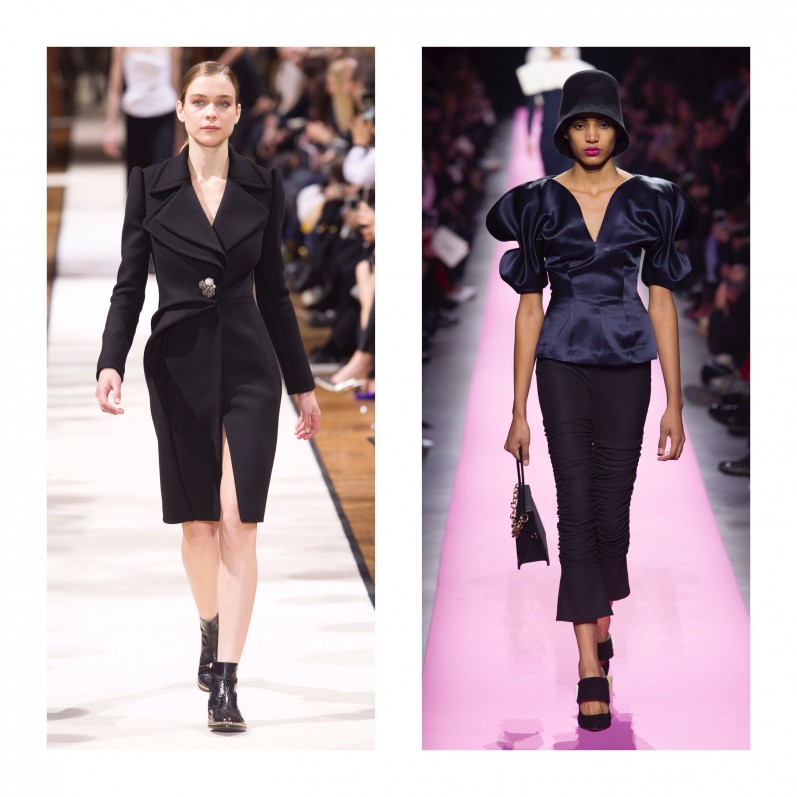 As androgynous shapes continue down the catwalk, a return to the feminine silhouette was refreshing to see. Skilled construction and sturdier fabrics offered a modern update on pieces that drew influence from the houses of Dior and Balenciaga in the 1940s and early 1950s; the trend was also seen at Lanvin and Isabel Marant. Emphasis was placed on the waist with cuts emphasising the female form. 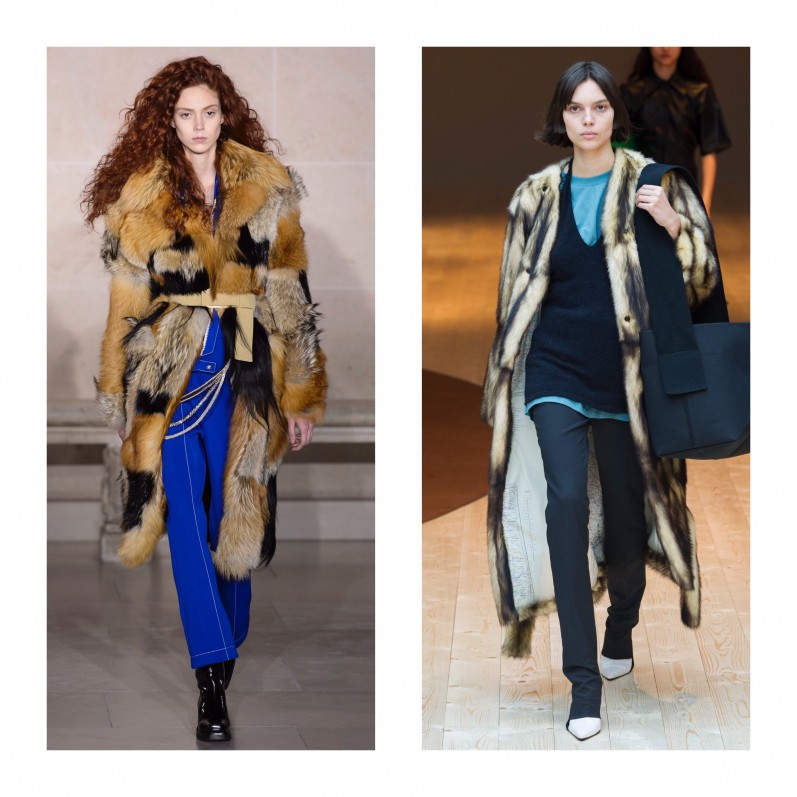 As seen at Louis Vuitton amongst others, the luxurious faux fur coat re-emerges in classic renditions. Acting as the outerwear extension of the 1940s femme theme, coats are long-line, in natural coloured pelts, with slightly oversized proportions. Designers experimented with patchwork piecing to lend increased tactility to the glamorous (and practical) piece. 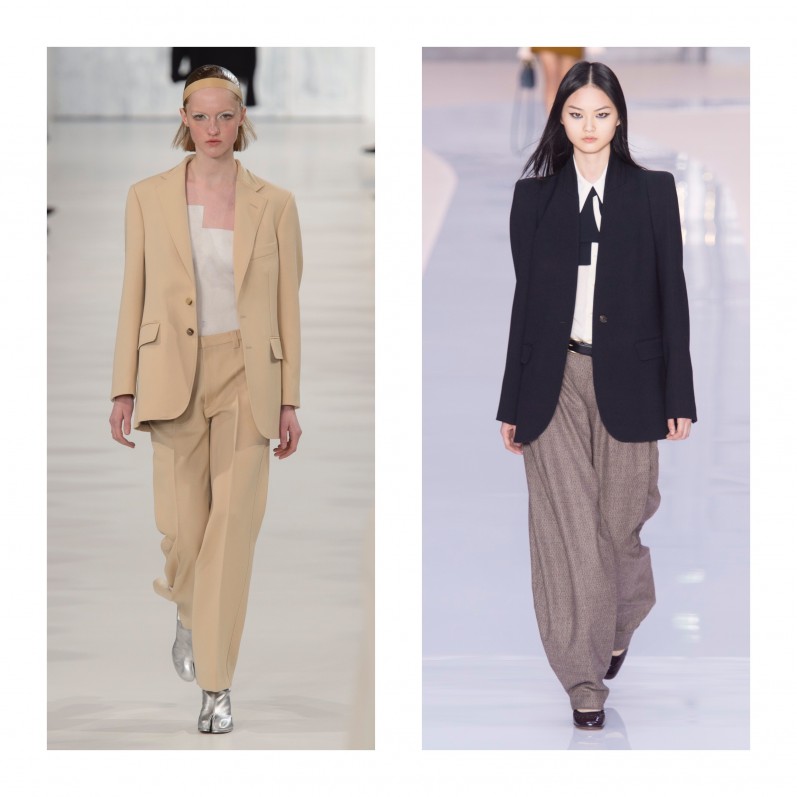 In contrast – as seen at Maison Margiela and Chloé – modern power dressing remains a strong look in AW17. Jackets are long-line and boxy, trousers are softly tailored with a slightly more relaxed aesthetic. Designers focused on sartorial dressing for an empowering result. 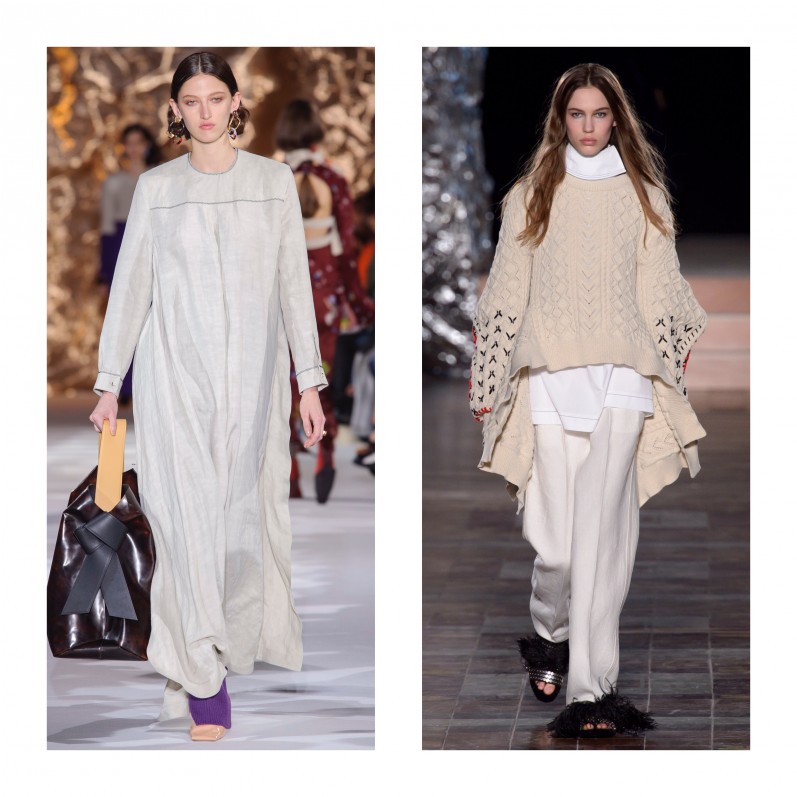 Moving onto the colour trends, neutrals were firmly placed as a core colour story for next season throughout the Paris collections. See Acne Studios for the range of crisp off-whites and warmed cream-toned shades, seen across luxury, tactile surfaces. Winter palettes of chalk hues and antique white were contrasted with oatmeal tones to add depth. 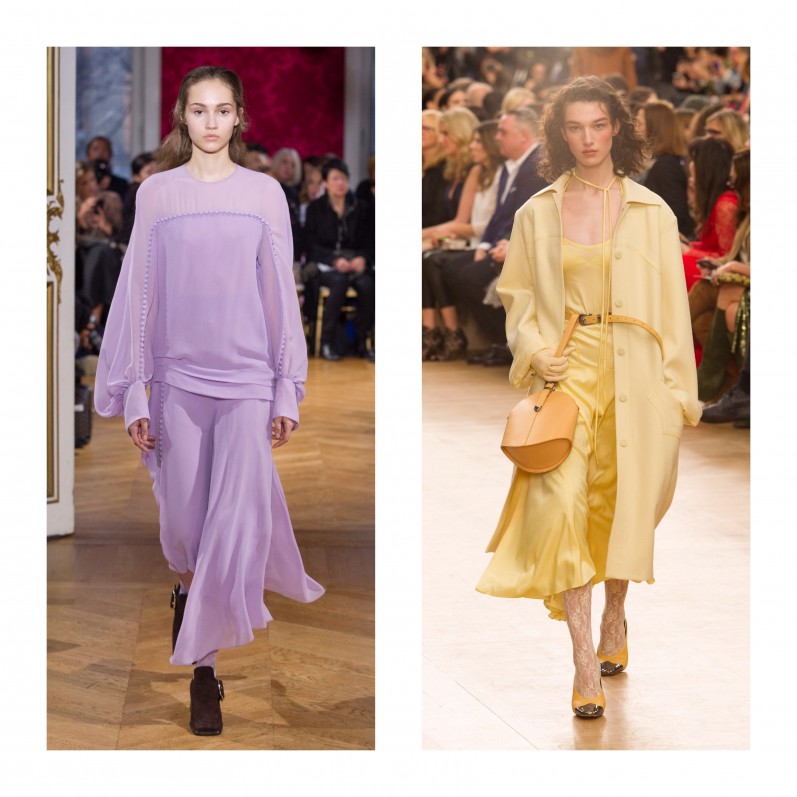 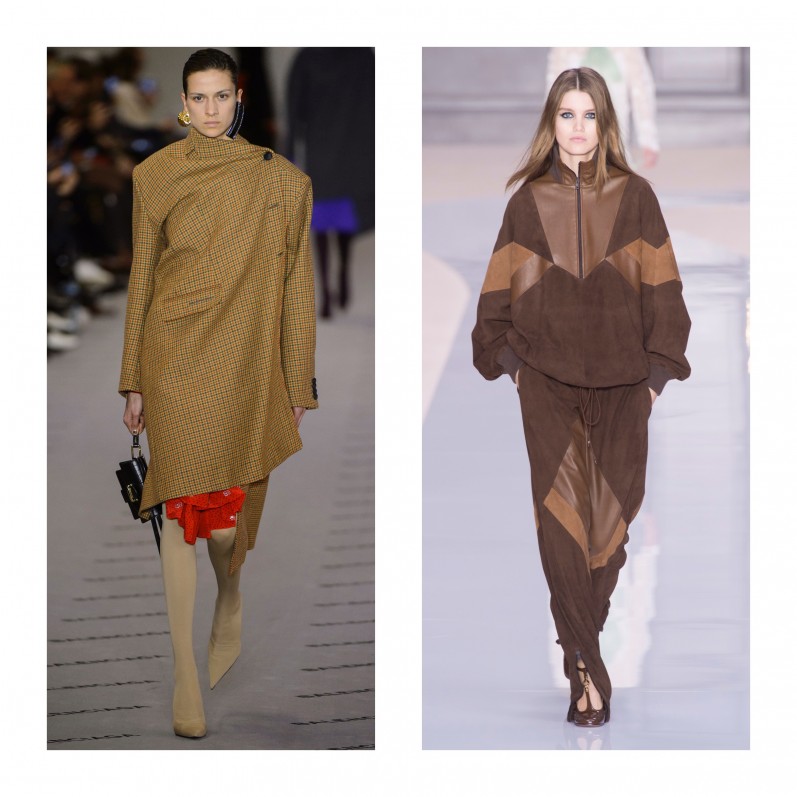 More classic A/W season shades were embraced, especially at Balenciaga. Echoing the changing shades of leaves as the seasons progress, deep cognac browns, khaki and olive were admired. The latest micro-trend is to wear them head-to-toe, which works as both a refined and daring outfit. 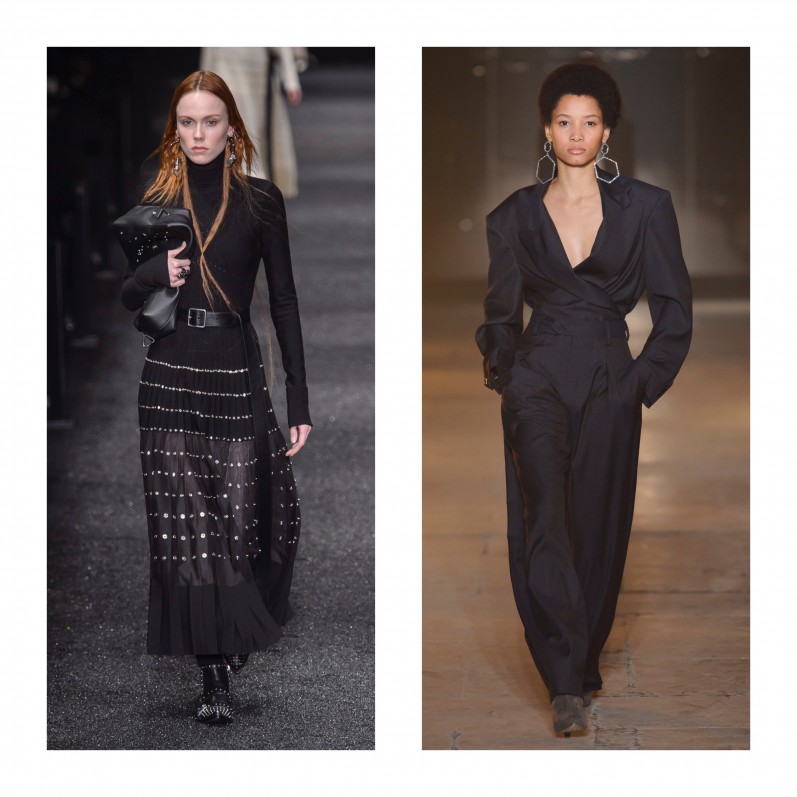 Head-to-toe black was a success across all four fashion weeks – impressive in Paris at Alexander McQueen. Eveningwear and outerwear, as well as suiting, championed the darkest hue. The shade has been used across leather, wool and cotton, as well as on vinyl to provide contemporary shine.