The Best from London Fashion Week 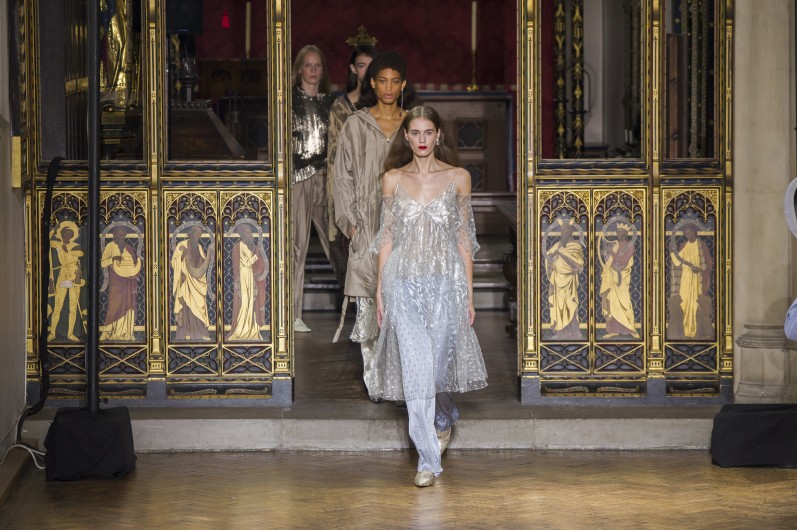 Discover SS17 as we take front row seats at London Fashion Week. Here are a few of our favourite shows…

Designers Peter Pilotto and Christopher De Vos let their imagination wander to the tropics for their highly anticipated show. A trip round Latin America provided the duo with a tropical outlook, leaving the audience in dreamy holiday mode. A bold collection filled with summer sensuality, the silhouettes all had a sense of summer ease. Think off-the-shoulder bralettes, layered under fishtail dresses that were tiered, knotted and cinched. There was a noticeable youthful appeal in a palette of refreshing ice cream hues.

The master of pushing design boundaries, Christopher Kane presented a collection that put an end to scientific references. Instead, the ‘make do and mend’ philosophy of the Second World War British woman was adopted. So what did this mean for the clothes? Far from being a ‘cut and paste’ collection, cardigans, dresses and knits were carefully embroidered in exquisite detail. Opening the show was a 1940s inspired fur coat that was slung over a sheer embellished dress. 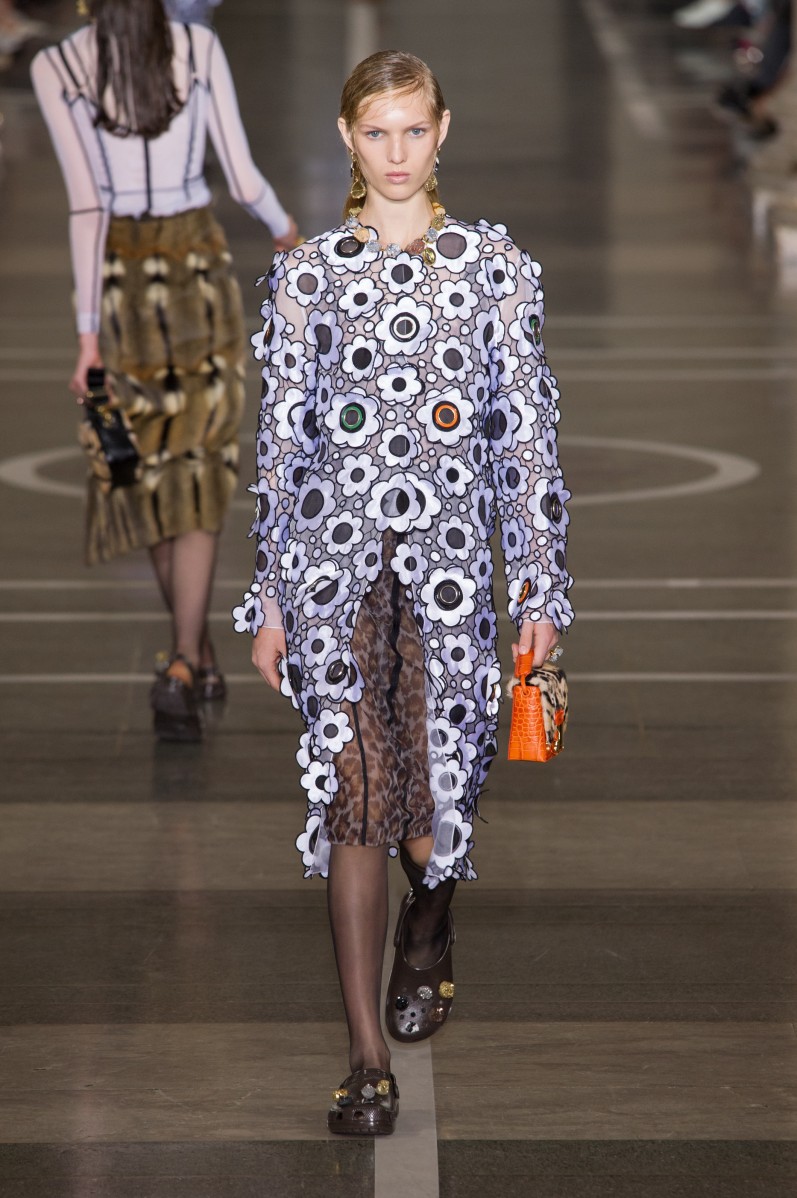 Koma’s catwalk was monochrome (with hints of golden tan and citrus green). For cocktail parties or wild nights out, the designer worked with metallic embellishment and layered mesh for a look that was both super glamorous yet edgy. The high-octane looks experimented with proportion (from statement oversized shoulders to flared bottoms) and asymmetry. Both the sleeves of tops and the hem of dresses were eye-catchingly unsymmetrical.

For SS17, Mary Katrantzou’s collection was part psychedelic, part Greek goddess. Going back to her Grecian roots, models were moulded into Minoan goddesses wearing art influenced from paintings on Greek vases and plates. Sixties art also served as inspiration with clashing patterns and an explosion of colour hypnotising the crowd. Womanly shapes were key, from billowing maxi skirts to emphasised hips. The looks were offset with a strong beauty look – lips were the focus in tomato red or cerise pink. 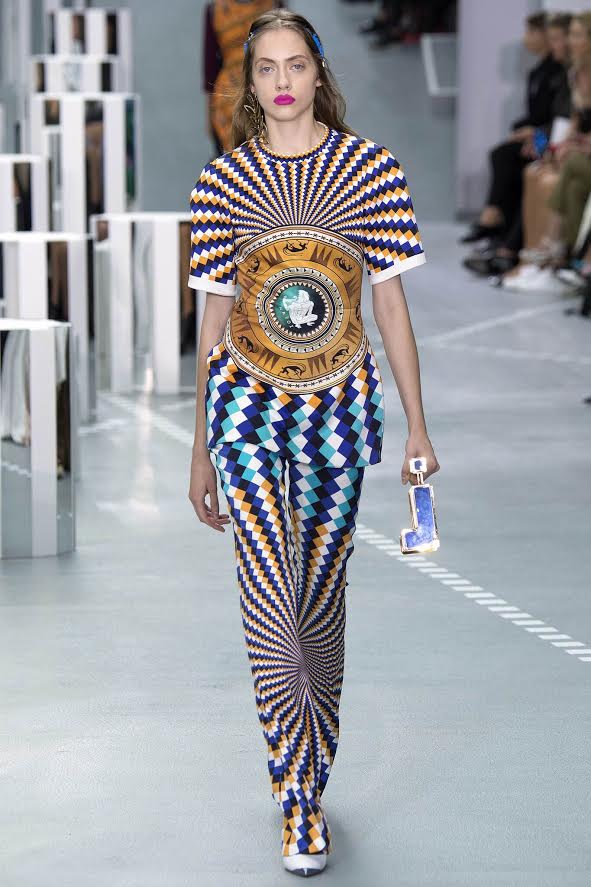 Overflowing with pieces to add to your fantasy wish list, Alice Temperley’s SS17 offering was undeniably beautiful. Wearing statement eyewear, models sauntered down the runway in spring fresh colours, swirling prints and notice-me summer silhouettes. These included plunging V-neck gowns or jumpsuits and frilly hems. With a slight nod to the Seventies, the glamorous looks called for block colour heels… and a trendy beach bar. 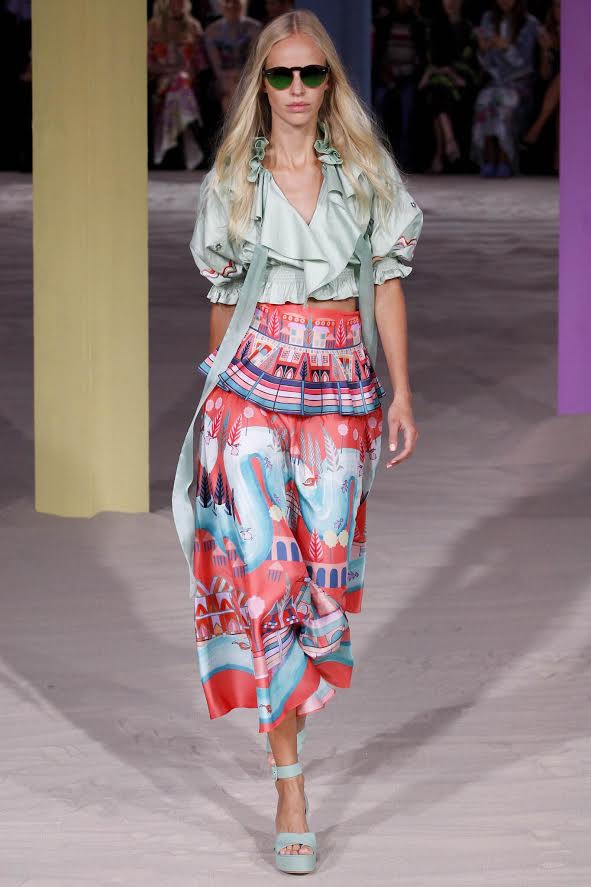 Wherever you looked at LFW, flowers were in bloom. We’re not talking about on the grungy streets of Soho but on the catwalk. A flurry of 3D flowers stood out at the London shows with designers decorating all manner of dresses with floral applications. Blooms were spotted everywhere from Jasper Conran and House of Holland, to Simone Rocha and Fashion East. Adding a touch of romance and whimsy to occasionwear, they were also contrasted on mesh mini dresses for a streetwear vibe. 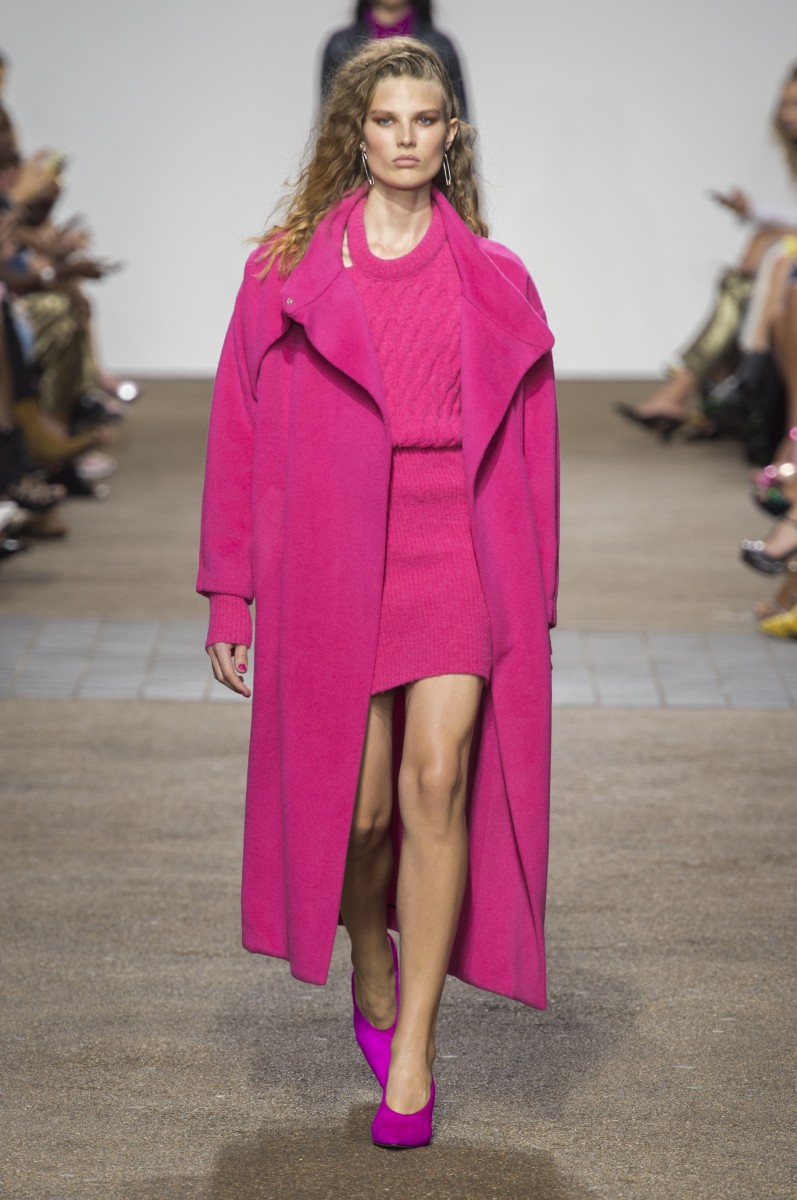 The trending colour was most definitely pink. Check out Preen by Thornton Bregazzi, JW Anderson, Peter Pilotto and Topshop Unique who all championed the fun shade. Sweeping the catwalks this season, designers chose shades of pink using everything from punchy fuchsia and raspberry tones to baby and pastel hues. The colour adds vibrancy with contemporary updates including pink as a contrast tone for neutral shades such as beige.

Now we’re off to Milan so watch out for more fashion news coming soon.