CEO Agenda. The Link between Hurricane Ian and the Fashion Industry 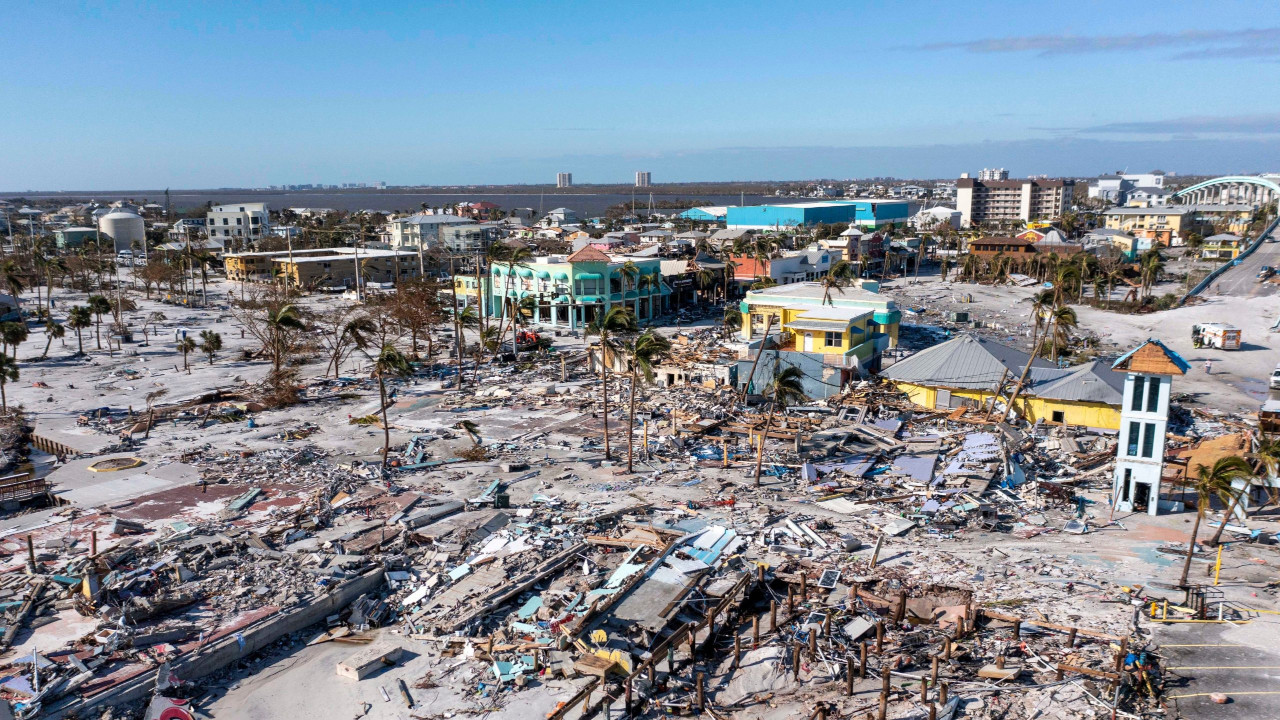 The devastation left behind in the wake of Hurricane Ian as it rampaged through Florida and the Carolinas is a harsh reminder that our climate is changing.

If Hurricane Ian is not enough of a reminder, on the other side of the globe the Philippines, Vietnam, and Thailand are reeling under the impact of Typhoon Noru, while the early arrival of the monsoon season in Pakistan has led to widespread rain and flooding.

In this first of a series of posts, I invite you to share my journey as I unravel the complexity of the climate change debate, develop my understanding and that of the organization I lead, and identify how we can play a role in reducing the impact the fashion industry has upon our environment.

It is all our responsibility. And EyeFitU along with the major players in the virtual fitting, size finder, and fit finder space has an important role to play, whether by reducing our own emissions or that of the value chain we operate in.

“Global warming” refers to the long-term warming of the planet. Since the 1880’s the average surface temperature of the planet has risen by approximately 10C, with most of this warming occurring in the last 40 years.1

“Climate change”, which encompasses global warming, refers to the increasing changes in the measures of climate over an extended period of time. The more obvious of these measures would include precipitation (rain, snow, sleet, and hail), temperature, and wind patterns.2

Whatever label we choose to append to these events, the science describing the development of a hurricane (also described as a typhoon or tropical cyclone in other parts of the world) is well known.

The connection between the warming of the Earth’s surface, specifically the surface temperature of the sea, and the impact this warming has upon the development of a hurricane such as Ian is a relationship we must confront.

Natural processes such as cyclical ocean patterns, volcanic activity, changes in the Sun’s energy output, and variations in the Earth’s orbit can contribute to climate change.

The observable consequences of our warming planet are there for all to see – changes in rainfall levels and seasonality; increased frequency of severe weather events such as droughts, floods, and hurricanes; sea level rise; melting of polar ice and glaciers are only a few of the consequences that can be expected.
Desertification, loss of tropical forests and coral reefs, decreases in agricultural production, extinction of species, water scarcity, increasing natural disaster losses, and the spread of tropical diseases are likely to be among the ecological and human effects of these changes.4

In the face of such overwhelming evidence, there is no denying that our planet is getting hotter. Natural processes aside, the debate would appear to be centered around the role human activity plays in the process of global warming, specifically our contribution to the “greenhouse effect”.

The greenhouse effect is the natural warming of the earth that results when gasses in the atmosphere, generally referred to as “greenhouse gasses”, trap heat from the sun that would otherwise escape into space. 5

The greenhouse effect is essential to life on Earth, warming the planet to a comfortable and liveable temperature. Without the natural greenhouse effect, heat emitted by the Earth would simply pass outwards from the Earth’s surface into space leaving behind an inhospitable environment with an average temperature of about -20°C.6

The greenhouse gasses that contribute most to the greenhouse effect are naturally occurring gasses –  water vapor, carbon dioxide, nitrous oxide7, and methane; and fluorinated gasses which are synthetic.5

Although methane and other greenhouse gasses are capable of trapping more heat than carbon dioxide, scientists consider carbon dioxide to be the dominant greenhouse gas because its warming effect outlives the others’ effects by centuries.7 Carbon dioxide stays in the atmosphere for up to 1,000 years, methane for around a decade, and nitrous oxide for approximately 120 years.9

Why the focus on CO2 emissions?

The source of the increase in atmospheric carbon dioxide levels can be identified by the isotopic (atoms of the same element that have a different number of neutrons) fingerprints of the different sources of carbon dioxide, whether man-made or occurring naturally, found in the atmosphere.11 Human activity since the mid-20th century, particularly fossil fuel burning which increases heat-trapping greenhouse gas levels in Earth’s atmosphere, has driven the raising of Earth’s average surface temperature.12

If the rise in global temperature is to be halted, the accumulation of carbon dioxide in the air needs not just to end, but go into reverse.  Alternatively, if emissions are not stopped completely, there needs to be an enhanced removal of carbon dioxide from the atmosphere so that the overall effect is neutral in order to achieve “net-zero” (a state in which the greenhouse gasses going into the atmosphere are balanced by removal out of the atmosphere) emissions.15

Hurricane Ian is a Call To Action for All of us

Depending upon the source, the fashion industry contributes between 4%16 and 10%17 of greenhouse gas emissions.

Reinforcing the observations made in my previous blog on returns. I share the following commonly available statics in so far as they pertain to greenhouse gas emissions:

◆ A single item using a courier emits 181g of CO2, when being returned.

◆ Worldwide, approximately 17 billion items are being returned every year. This totals to 4.7 million metric tons of CO2 emitted yearly.

◆ In the EU, total packaging waste in 2016 amounted to nearly 87 million tonnes or about 170 kg per person.

◆ Subsequently, less than half of returns go back on sale, as it’s cheaper and less hassle for retailers to send them to an incinerator or landfill.

Launched in 2018 and signed by 130 brands, the United Nations Fashion Industry Charter For Climate Action recently revised the fashion industry’s target of reducing greenhouse gas emissions from 30% to 50%.18

If a recent report benchmarking 47 luxury, sportswear, outdoor, fast fashion, and casual wear companies on their efforts to reduce climate emissions is anything to go by, expressions of intent carry little weight in the absence of action.

The report found that while some progress had been made by a handful of brands in transitioning away from fossil fuels in their operations, most brands had made little to no progress eliminating coal and other fossil fuels from their supply chain where the vast majority of their emissions lie. Some were even more dependent on coal than when they first signed the charter.19

If ever there was a call to action, Hurricane Ian may be such a moment.

Humans, however, are emotional beings. Playing exclusively on fear and guilt, or to the rational mind will not reach people’s hearts and not give people a story that comes with a sense of community that we are in this together.20

In my next post I’ll map the global environmental governance structures within which the fashion industry is located. It is here that we will find the forward-looking stories of individuals and organizations on the path towards a more sustainable planet.

2 What is the difference between global warming and climate change? (n.d.). USGS. https://www.usgs.gov/faqs/what-difference-between-global-warming-and-climate-change

14 What is the ideal level of carbon dioxide in the atmosphere for human life? (n.d.). MIT Climate Portal. https://climate.mit.edu/ask-mit/what-ideal-level-carbon-dioxide-atmosphere-human-life